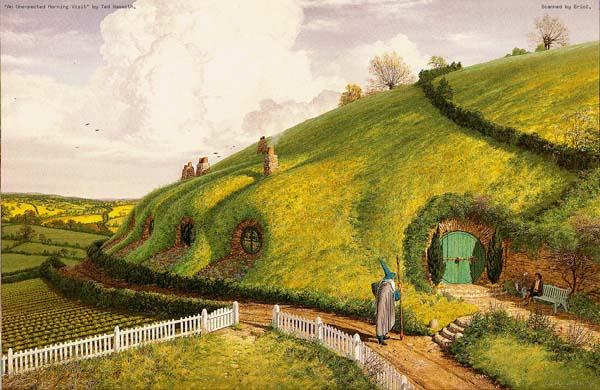 Last night I found myself settling into an evening of epic movie watching. Had I planned for this, not at all. I assumed it would be a normal night just like any other, until I had the burning desire to watch The Lord of the Rings immediately ( I credit this impulse to my 6th sense and the impending announcement by Peter Jackson…see below).  I was caught with an urgency that caused me to purchase the entire trilogy on iTunes in one fell swoop. I hadn’t watched these movies since the conclusion of Return of the King, in part because I often have flashbacks to the agonizingly long ending of that third and final movie. I had invested 3 years to this story, more if you count the years it took me to read the books. I loved these stories from the beginning and more so at the end. The great thing about trilogies is their ability to hold you captive over long periods of time. You wait with bated breath for the next installment to arrive in the theater, and as you watch this next chapter unfold you recall all that went before. It’s magical the way you can get caught up in the adventure. And the time spent waiting for its conclusion only makes it that much sweeter… or so it used to be.

Remember Star Wars… not Episode I, II, or III but IV, V, and VI. That was the beginning, I think, when we realized the potential of multiple-part storytelling on the big screen. Something special happened with those movies. It was the beginning of our love affair with epic tales. True: I wasn’t alive to watch these movies in the theater but my dad ensured that I grew up watching them. This story, and these characters grew over those three movies and when it was over you felt a little bit of sadness, like you had lost a dear friend. But it was ok, because give it some time and you could join back up with them on their adventure all over again thanks to the invention of the videotape.  It was something special.

It’s been 9 years since I’ve watched The Return of the King, and 11 since The Fellowship, and in that time I feel like I have been sucker-punched by “trilogy” after trilogy. They don’t hold the same value, the same unique qualities that made the first ones so special.  You don’t even have time to take a breath from the first one before you are plunging head first into the second. Gone are the days of waiting in anticipation for the next installment,  because now, while you are waiting,  you can watch Part II of Movie A, followed within a few months by Part IV of Movie B, and then back to Part VII of Movie C. Now don’t get me wrong I loved Movie A, B and C but not all together, not all at once. I haven’t even seen the Hunger Games Movie because I’m just too exhausted to commit myself to a whole new story ( I read the books, that’s enough for now). My love affair with multiple part movies is dwindling, its all just so overwhelming.

But wait… what’s this I see The Hobbit will be presented in a 2 part installment, perfect. The complete Middle Earth series in 5 films, even better. It just seems to make sense. It fits together like the perfect Middle Earth puzzle. But wait again, Oh Peter Jackson, brilliant talented Peter Jackson, you’ve just announced that The Hobbit will be 3 movies. It’s just too much, it’s too Epic for the story of the little Shire Hobbit who found a ring and defeated a dragon. I need a breath between Bilbo and Frodo.  I need to be able to join you on this journey and not feel like I’ve been drop-kicked at the end.  A mild emotional beating will do just fine thank you.  I understand that a story such as this deserves a rich and complex narrative, but 3 movies is just 1 too many.

As I finish Return of the King for the first time in what seems like a lifetime, I have that familiar sense of melancholy. The adventure is over, friends have been lost, quests have been completed, and life moves on. It may be another 9 years before I watch these movies again, but I think that’s as it should be.  Perhaps in time, the abundance of multiple-part stories will diminish and we will be left to enjoy those that remain on our own.  To remember what it was we loved about them, without the distractions of all the rest.  To see them as the cinematic triumphs that they are, and not feel as though they are just repeating the same box-office driven 3-8 part formulas that have become so common.  I hope for the magic to return someday.  I think it will. 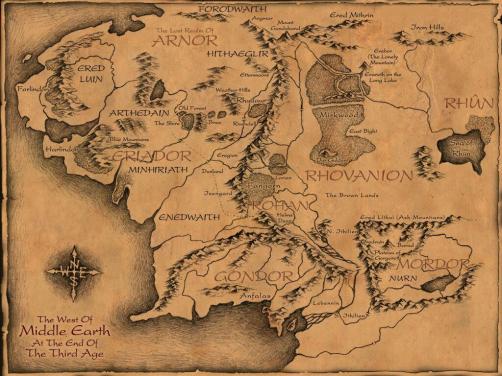 Elder Millennial just trying to make sense of it all View all posts by Brieahn J. DeMeo