From Hanyangling Museum it’s about a 1 hour drive out to the Terracotta pits.  On the way my guide told me a little bit more about the city, how it was set up based on feng shui with each direction playing host to a very specific function.  For instance the Textile’s in the East (which apparently is actually where all of our ‘made in china’ products come from).  Xian has always been the hub of textile making, The Silk Road began in Xian. Embarrassingly, perhaps, I had done little research on Xian before going and this was a perfect introduction to the city. 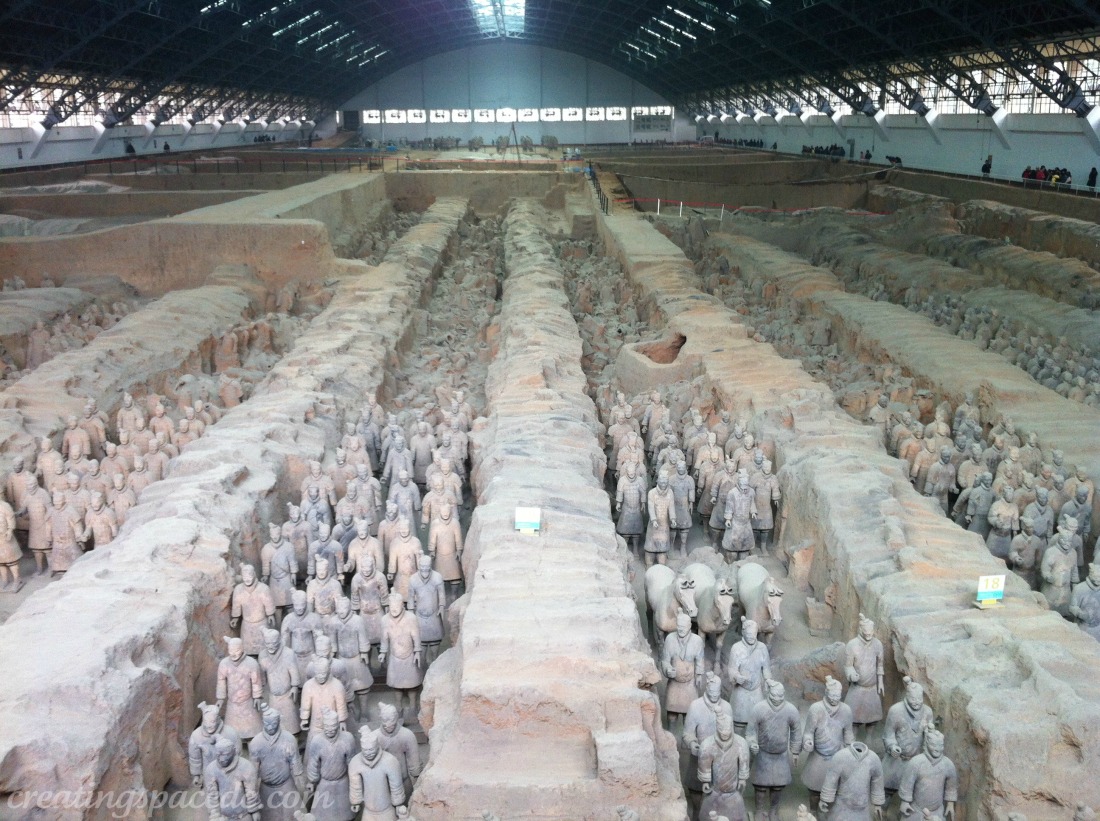 When we arrived at the Terra-Cotta’s the parking lot was already pretty full with buses and tourists.  even at 11:30 in the morning there were a lot of people ready to see those warriors.  After a brief introduction about how the warriors were first found ( a local farmer was digging for a well and boom ancient statues, isn’t that always the way it is) we made our way into the first pit.  What I found most interesting was that there were no written records regarding the warriors in Chinese history.  There was no prior knowledge of their existence and no information on why they were created.  It was something completely knew and unknown.  So exciting.  Another thing that really struck me was that the pits are living excavation sites.  There are shelves lining sections of the pit, statues and pieces are tagged and numbered as they are still being unearthed and pieced back together.  That’s another thing.  The story goes that 200 years after the Warriors were made and the Emperor buried, the people revolted and stormed the tomb for the bronze weapons the soldiers were holding.  Every single bronze item was removed at that time, and then the wooden thatched roofs that protected the warriors were burned down.  Not a single statue remained intact in Pit #1 (there are 3).  Those long lines of statues you see in the images, those have all been pieced together like a jigsaw puzzle.  Each statue has been reassembled so that there are no mistakes regarding rank and station.  Can you imagine finding a million tiny pieces and having to put them back together, making sure that the pieces you are using were actually part of the statue to begin with.  And then to realize that every statue is unique, whether because of facial structure, military rank, or even expression. Apparently some of the warriors are happy to be going to war, and others are sad to be leaving their homes.  I mean what?!  just amazing craftsmanship. 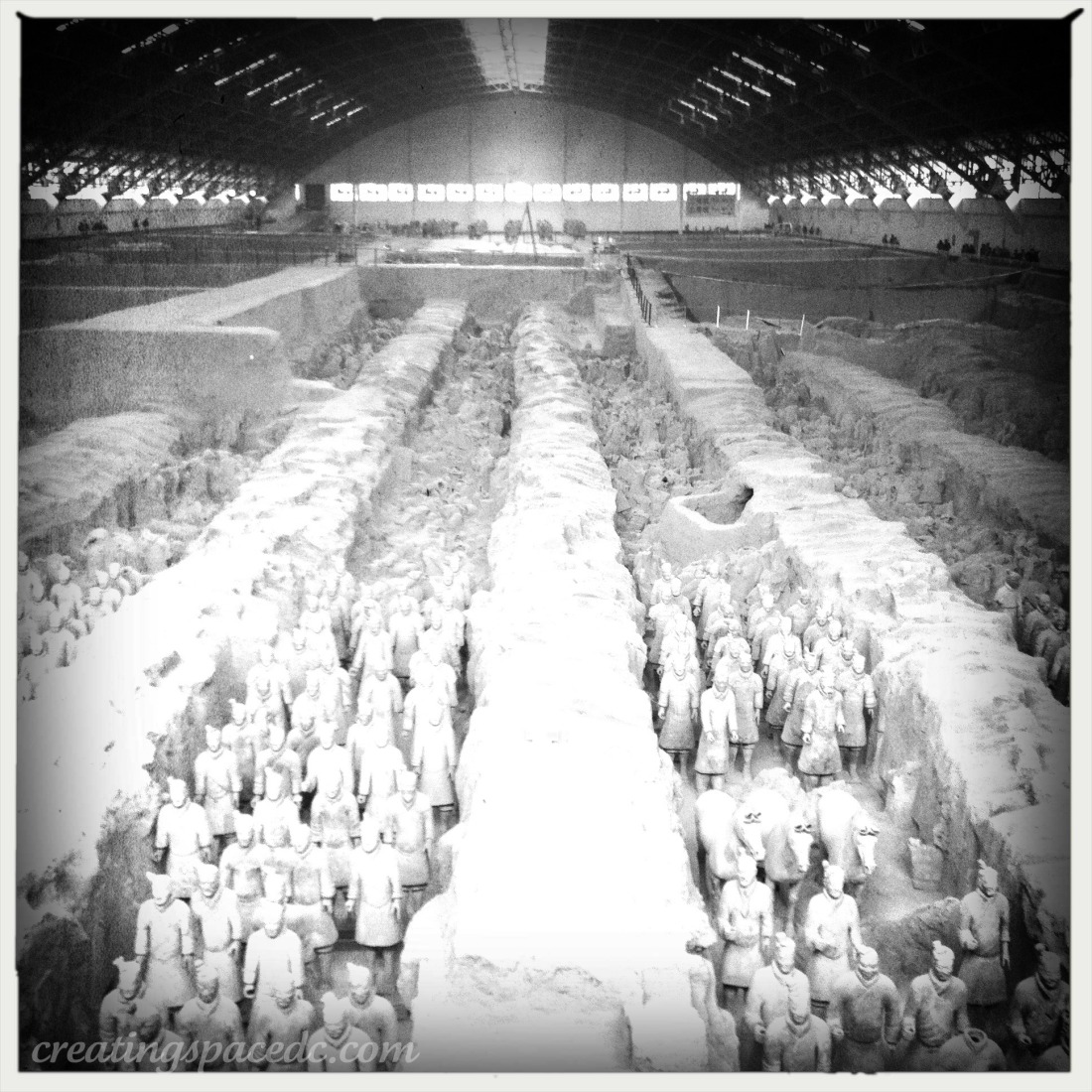 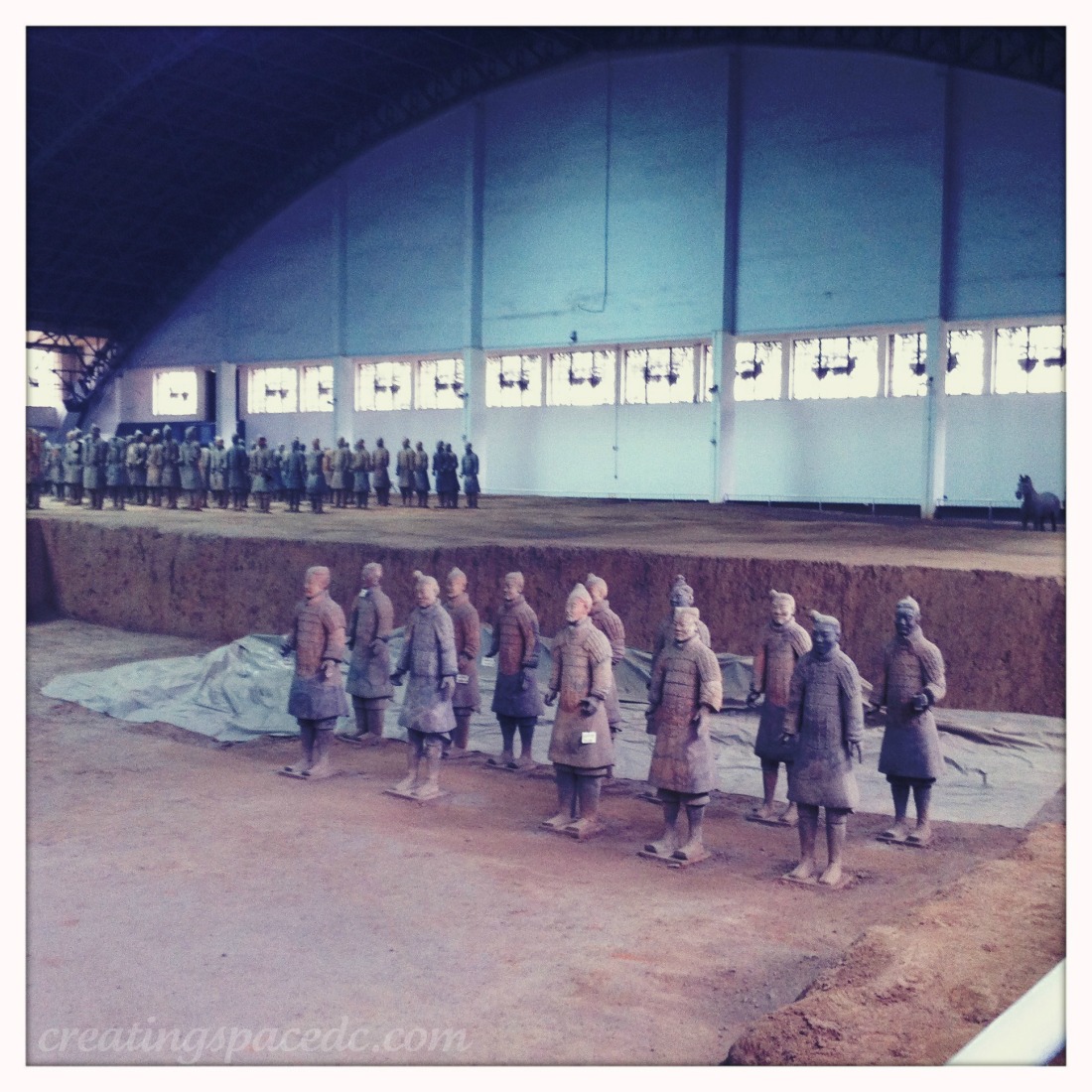 We still had some time to kill before I needed to be back at the airport so we sat down at the Tea House and I had a cuppa Jasmine tea.  To sweeten it they brought out tiny sugar rock crystals.  The perfect end to a whirlwind trip to Xian. 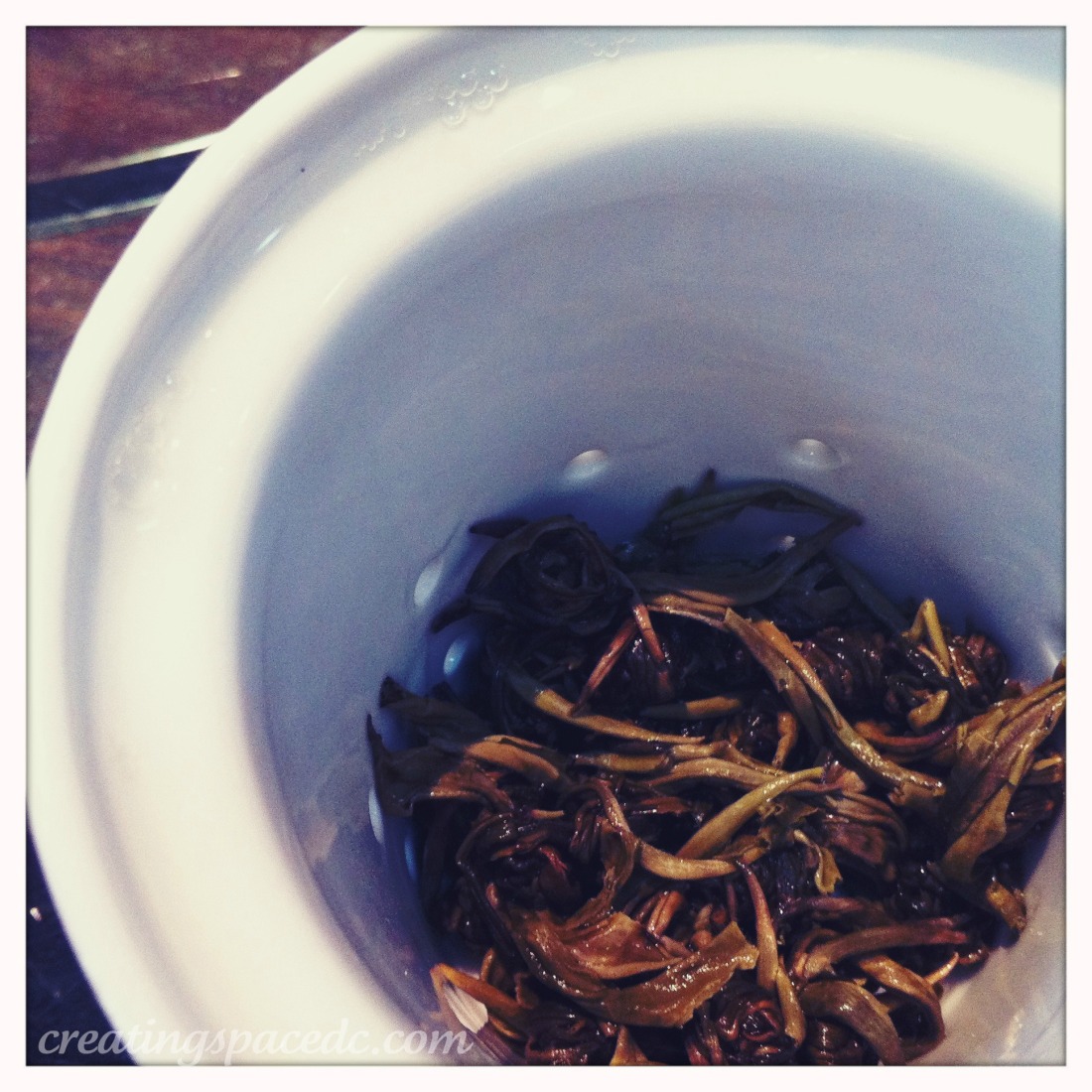 Just a Nor*Cal Girl with a Southern heart and her eyes on the Capitol. Just trying to a create a little space for everything. I write about the arts and everything else. View all posts by Brieahn J. DeMeo

2 thoughts on “Tea and Terra-Cotta”